Dancing on Ice announces UK arena tour for 2018, here's how to get presale tickets 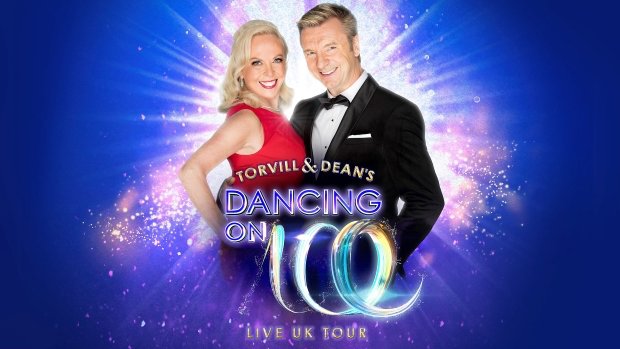 Candice Brown, Stephanie Waring and Monty Panesar get their skates on for the hit ITV show, judged by Torvill and Dean

Dancing on Ice is to tour the UK in 2018. Presale tickets for the show are available through Ticketmaster on Wed 22 Nov at 8am, with tickets going on general sale at 8am on Fri 24 Nov.

The hit ITV show originally ran from 2006-2014. Back in September it was revealed that the show would return in 2018, with a new lineup of celebrities set to impress judges Torvill and Dean, Jason Gardiner and Ashley Banjo.

Scottish rugby speedster Max Evans and English cricketer Monty Panesar are signed up to take part, as is Candice Brown, the winner of the Great British Bake Off's season 7.

Dancing on Ice airs from January, and the live tour kicks off on Fri 23 Mar with three nights at London's SSE Wembley Arena, followed by stops in Newcastle, Manchester and Glasgow, and finishing up at Birmingham's Barclaycard Arena on Fri 13 Apr.

Presale tickets for Dancing on Ice are available through Ticketmaster at 8am on Wed 22 Nov. Tickets go on general sale at 8am on Fri 24 Nov.

Former Olympic and World champions Torvill and Dean lead a strong cast of professionals and celebrities in a live arena version of ITV's popular show.