Queens of the Stone Age announce Finsbury Park show, find out how to get tickets 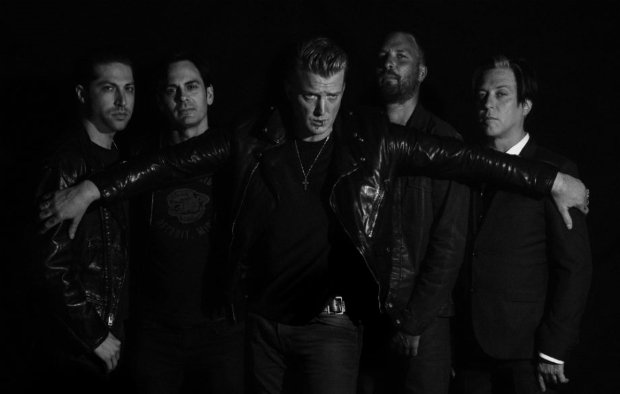 Josh Homme and band will be joined by Iggy Pop, Run The Jewels and The Hives for the massive outdoor gig

Queens of the Stone Age have announced a massive London show for 2018. The band will play at Finsbury Park on Sat 30 Jun 2018, with tickets on sale at 9am on Fri 1 Dec.

The band, who released their seventh studio album, Villains, back in August, will be joined at the show by some special musical friends.

Punk legend Iggy Pop, hip hop trailblazers Run The Jewels and dapper indie Swedes The Hives are all confirmed to perform at the massive outdoor show.

Villains was produced by Mark Ronson, and saw Queens of the Stone Age top the UK album charts for the first time ever. Featuring the tracks 'Feet Don't Fail Me' and 'The Way You Used To Do', it sees the band embracing a smooth, glam influenced sound.

The band will still likely dig out classic tracks from the likes of Rated R and Songs for the Deaf, with live favourites like 'No One Knows', 'Go With The Flow and 'Monster in the Parasol' all regular features on the setlist.

Queens of the Stone age play London's Finsbury Park on Sat 30 Jun, with Iggy Pop, Run The Jewels and The Hives. Tickets go on general sale at 9am on Fri 1 Dec.

QOTSA X FINSBURY PARK
SAT. 30th JUNE 2018
With Iggy Pop, Run The Jewels The Hives & many more to be announced.
Tickets on sale Friday, 1 December.
Get all the info - link in bio.
.
.
.
.
#runthejewels #iggypop #thehives

Queens of the Stone Age