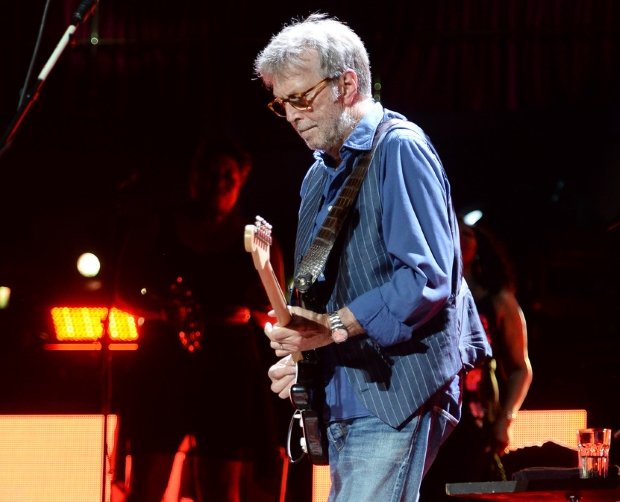 Guitar legend will be joined by Santana, Steve Winwood and Gary Clark Jr at the massive outdoor show

Eric Clapton is to headline London's Hyde Park as part of the British Summer Time festival on Sun 8 Jul. Tickets for the show go on general sale at 9am on Fri 1 Dec.

With a career spanning six decades, and music made as part of The Yardbirds, Cream and as a solo artist, the iconic guitarist tops a bill that includes Santana and Gary Clark Jr,

He first performed at Hyde Park as part of Blind Faith in 1969, playing to an audience of 120,000 with bandmates Ginger Baker, Steve Winwood and Richard Grech.

Returning to perform at the Great Oak Stage, Clapton is excited to perform to an adoring crowd, saying: 'I have happy memories of performing in Hyde Park in the past and I'm really looking forward to playing there again – the whole atmosphere is very special.'

Fellow guitar wizard Santana brings his latin influenced blues to a bill, that will also see Clapton's close friend and former bandmate Winwood perform. Young pretender Gary Clark Jr, who opened for The Rolling Stones at the opening year of British Summer Time festival in 2013, rounds off an impressive lineup.

Tickets for Eric Clapton at Hyde Park go on general sale at 9am on Fri 1 Dec.

Your chance to see Eric Clapton aka Slowhand, one of the world's most famous rock guitarists, playing live.