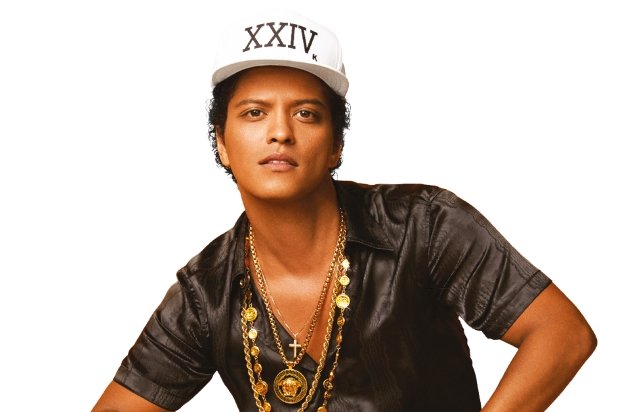 Bruno Mars has announced a headline show at Glasgow Green on Tue 10 Jul 2018. Tickets for the massive outdoor gig go on sale at 10am on Fri 1 Dec.

Performing at the site of the TRNSMT festival, the multi-million selling songwriter, makes his return to Scotland after the enormous 24K Magic world tour, across which he played 172 show over five continents.

He made his name guesting on B.O.B's 'Nothin on You' and Travie McCoy's 'Billionaire', before releasing his acclaimed debut Doo Wops and Hooligans in 2010. That album contained the enormous hit singles 'Just The Way You Are', 'Grenade', 'The Lazy Song', 'Talking to the Moon' and 'Marry You'.

Real name Peter Gene Hernandez, Mars followed up the astonishing success of his debut with Unorthodox Jukebox in 2012 and last year's 24K Magic, which featured his seventh chart topping single, 'That's What I Like'.

Fans will be thrilled to see the great entertainer bringing some of that 'Uptown Funk' back to Scotland.

Soppy ballads and R&B with a tasteful hip hop edge from the all-conquering commercial troubadour who has also written a bunch of hits for other artists including Travie McCoy and BOB and who comes backed with a fine old school band of funk soul brothers.