Pearl Jam to play two nights at London's O2 Arena in 2018, here's how to get tickets 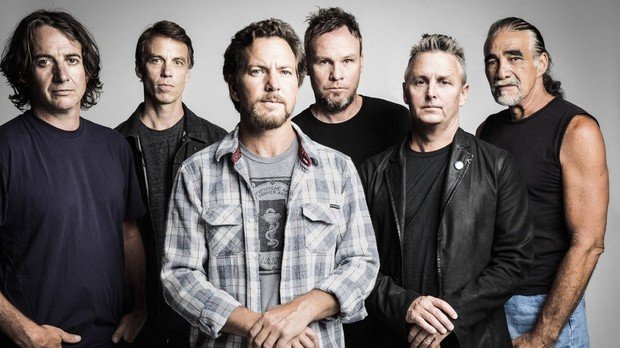 Pearl Jam have announced a 14-date European tour for 2018, with two shows at London's O2 Arena on Mon 18 and Tue 19 Jul their only UK dates. Tickets for the shows go on general sale at 11am on Fri 8 Dec.

The grunge legends have been performing for over 25 years, during which time they've sold over 85 million copies of their ten albums. They were inducted into the Rock and Roll Hall of Fame in 2017.

Fronted by the gravel-voiced Eddie Vedder, they formed in Seattle in 1990. The following year they released Ten, one of the biggest albums of the 90s. Featuring the singles 'Alive', 'Even Flow', 'Jeremy' and 'Oceans', it sold over 10 million copies.

They released four more albums in that decade, Vs, Vitalogy, No Code and Yield, with their last record, Lightning Bolt, released back in 2013.