Nickelback announce UK arena tour, here's how to get tickets 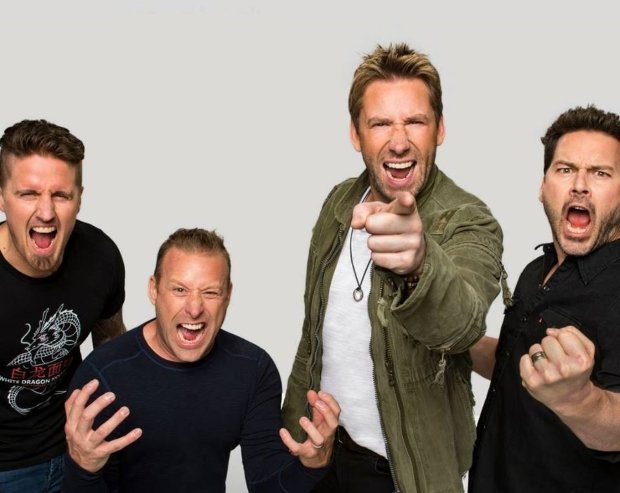 Nickelback have announced a UK arena tour for 2018. Tickets for the shows go on sale at 10am on Fri 8 Dec.

The Canadian rockers, led by vocalist Chad Kroeger, kick off the tour at Glasgow's SSE Hydro on Thu 3 May. The arena tour continues with shows in Leeds, Liverpool, Manchester, Birmingham and London, finishing up at Nottingham's Motorpoint Arena on Sun 13 May.

One of the biggest rock bands of the century to date, Nickelback released their ninth studio album Feed The Machine in June 2017. The group, formed in 1995, first hit mainstream success with their huge 2001 single 'How You Remind Me' from the album Silver Side Up. Since then they've released tracks like 'Photograph', 'Animals' and 'Rockstar'.

Tickets for Nickelback go on sale at 10am on Fri 8 Dec.

Old school plod rock from the Canadians that brought you 'This is How You Remind Me' and 'Rockstar', they might be universally derided but sell albums by the bucketload.