The League of Gentlemen announce UK tour dates, here's how to get tickets 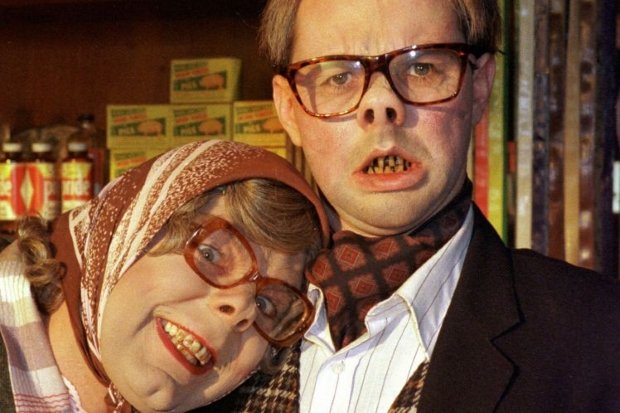 The League of Gentlemen have announced details of their first UK tour in 12 years, with tickets for the shows on sale at 9am on Wed 20 Dec.

The BAFTA and Edinburgh Comedy Award winning comedy collective, featuring the talents of Reece Shearsmith, Steve Pemblerton, Mark Gatiss and Jeremy Dyson, will bring the surreal world of Royston Vasey to theatres and arenas the length and breadth of the UK in 2018.

Kicking off at Sunderland Empire on Sat 25 Aug, the tour takes in 18 shows, including performances in Glasgow, Edinburgh, Birmingham and Manchester. It finishes up with three consecutive nights at London's Eventim Apollo, on Thu 27, Fri 28 and Sat 29 Sep.

The show, which began life on stage, winning the main comedy prize at the Edinburgh Festival in 1997, became a successful radio series, hit BBC Two TV show, and big screen feature film. It's set to return for three special episodes this December.

The stars say: 'The League of Gentlemen started as a live show over 20 years ago and in many ways performing in front of an audience gives us the biggest thrill of all. We're overjoyed to be taking the citizens of Royston Vasey on a road-trip and can't wait to see all the wonderful local places in our increasingly local country. Plus we'd already gone to the trouble of getting the costumes and learning the voices again for the TV show so we thought why not? Something to do isn't it?'

Tubbs Tattsyrup, the show's iconic local shop owner, adds: 'I'm so eccited to take my preshus things on tour agen I did a little brown fish! Do wee go to Swansea?'

Tickets for The League of Gentlemen go on sale at 9am on Wed 20 Dec.

The League of Gentlemen: Live Again!