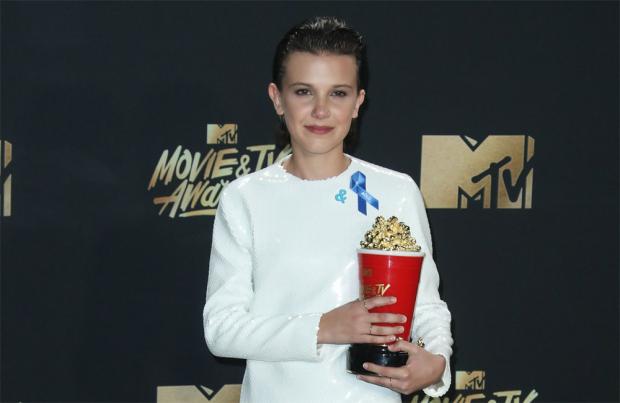 Millie Bobby Brown is to star in and produce a new Sherlock Holmes film franchise.

The 'Stranger Things' actress has penned a deal with Legendary Entertainment to appear in a host of movies based on Nancy Springer's young adult fiction book series 'The Enola Holmes Mysteries'.

According to Deadline, Brown, 13, has developed a relationship with Legendary after recently filming her role of Madison Russell in forthcoming movie 'Godzilla: King of the Monsters'.

'The Enola Holmes Mysteries' tells the story of the titular younger sister of Sherlock and Mycroft Holmes who is also a successful detective.

Brown - who is most famous for her role as 'Eleven' in 'Stranger Things' - recently admitted she is "excited" about making her big screen debut in the upcoming 'Godzilla' movie, which is slated for a March 2019 release.

She said: "It's my first movie. I'm really excited and that's really all I can say, but it's going to be great! I just had a really incredible connection with the director [Michael Dougherty]. I had a great meeting with him and you know, I just really love him."

Brown is deaf in one ear, but she recently admitted it doesn't put her off doing her secondary passion, singing.

"If you like to do it, if you genuinely enjoy doing it, then do it. No one should stop you."