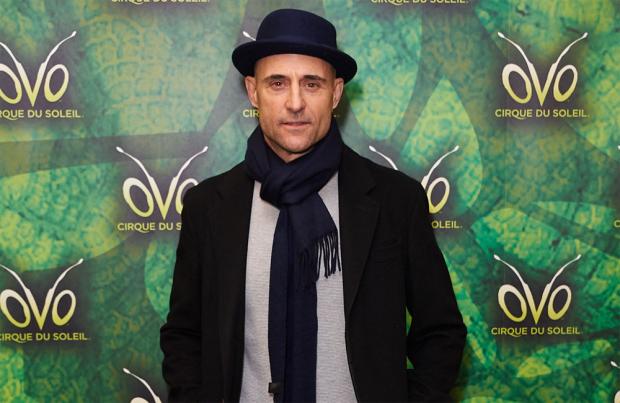 'Shazam!' star Mark Strong has revealed the DC Extended Universe scripts are so closely guarded that they are encrypted and disappear if you stop reading them after "20 seconds"

Mark Strong has revealed the scripts on 'Shazam!' have encrypted technology which makes the text disappear if you stop reading for "20 seconds".

The 54-year-old English actor is to play villain Doctor Sivana in the DC Extended Universe movie about teenage boy Billy Baston who can transform into adult superhero Captain Marvel when he utters the word which is the film's title.

Strong has not been surprised by the level of secrecy on David F. Sandberg's project as he knows how guarded comic book films are because he played Sinestro in the panned Ryan Reynolds-led 'Green Lantern', and he admits he was desperate to return to the DC universe due to the reception the 2011 Warner Bros. Pictures movie got.

Speaking at the premiere of Cirque du Soleil 'OVO' at The Royal Albert Hall in London, he spilled: "If you stop reading the script for 20 seconds then the whole thing goes fuzzy and you have to start again. Everything is watermarked and traceable too.

"I'm playing an evil bastard called Doctor Sivana, they are always the best characters to play, the most fun. I was Sinestro in Green Lantern which I though was a rather good film but it didn't do what they wanted so I feel like I've got unfinished business in the DC world, I played a pretty evil character in that and he was meant to get even worse in the second one but that never happened but I think I'm going to get the chance to do that in 'Shazam!', I hope so."

Zachary Levi is to star as the adult superhero with Asher Angel portraying the young Billy and Strong has echoed Levi's claim that the movie is a cross between Tom Hanks' 1988 comedy 'Big' - which sees 12-year-old Josh Baskin turn into a 30-year-old man after his wish to be a grown-up comes true - and 'Superman'.

And Strong - who is best known for his roles in films 'Kingsman: The Secret Service', 'Zero Dark Thirty' and 'Tinker Tailor Soldier Spy' - has been getting ready for the start of the shoot by pushing himself in the gym so he can do as many of his stunts as possible.

He shared: "I've been training like a mad man, I'm about to go over and see the stunt guys, I've been trying all of these harnesses on and I think I'm going to be doing lots of flying around and firing electricity out of my hands."

The character Captain Marvel was created by C.C. Beck and writer Bill Parker back in 1939 and first appeared in Whiz Comics #2 a year later.

When Billy utters the magic word "Shazam" - an acronym of the ancient world gods and historical figures: Solomon, Hercules, Atlas, Zeus, Achilles and Mercury - he becomes the superhero.

Billy Batson (Angel) is a teenager raised by a foster family, who’s given magic powers by The Wizard (Hounsou): if he shouts ‘SHAZAM!’ he becomes the titular cape-wearing adult (Levi). A superhero movie bursting with humour and heart, with a mischievous performance from Levi, inspired jokes, emotion and surprising cameos.