U2 announce extra gigs in Manchester and London, here's how to get tickets 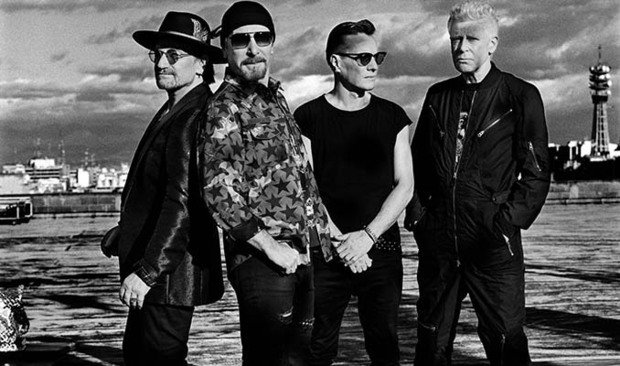 eXPERIENCE + iNNOCENCE tour brings the group across Europe this October

U2 have added extra dates in Manchester and London to their 2018 UK tour. Tickets for the gigs go on sale at 9am on Fri 2 Feb.

The eXPERIENCE + iNNOCENCE tour sees the band return to indoor venues after the massive success of The Joshua Tree Tour 2017, which saw the band perform the classic album all over the world.

Drawing on tracks from their 14th studio album Songs of Experience as well as their hit-filled back catalogue, the group will now perform four UK dates as part of the tour. They'd previously announced shows at Manchester Arena on Fri 19 Oct and London's O2 Arena on Tue 23 Oct.

Now they'll play two shows at each venue, with the extra gigs taking place on Sat 20 Oct in Manchester, and Wed 24 Oct in London.

Much as Songs of Experience can be viewed as a companion piece to the band's previous album Songs of Innocence, the tour is a sequel of sorts. The previous iNNOCENCE + eXPERIENCE tour back in 2015 was acclaimed as being one of their best yet, seeing the band reinvent the arena show, bringing state of the art sound and light all over the world.

The legendary Irish rock group – comprised of Bono, The Edge, Adam Clayton and Larry Mullen Jr – perform a number of shows as part of the eXPERIENCE + iNNOCENCE tour.