Classically Smiths to tour UK with Manchester, London and Edinburgh dates, here's how to get tickets 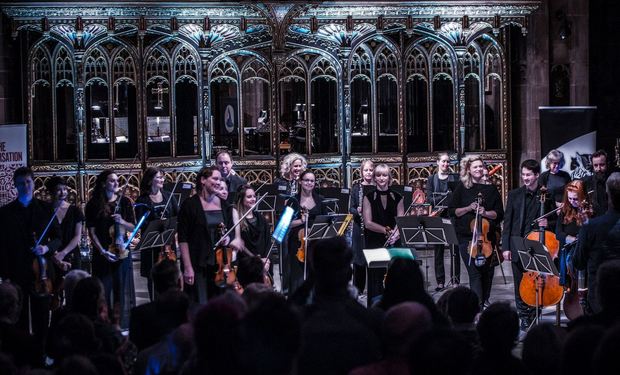 *This article was updated on Wed 24 Jan after it was announced that Andy Rourke announced he was not going to be involved in the project. Said Rourke: 'At no time did I give my consent for anyone in connection with this Classically Smiths project to act on my behalf or my name, and nothing was ever confirmed, approved or contracted by me or my team.' Joyce and Gannon both removed themselves from the project shortly after.*

Former members of The Smiths will reunite on stage this summer for a series of concerts that will celebrate the band's iconic tracks in a new way.

Classically Smiths will see the band's rhythm section of bassist Mike Joyce and drummer Andy Rourke team up with live guitarist Craig Gannon and the Manchester Camerata Orchestra for a tribute to The Smiths unlike any other.

The show debuts with three UK shows ahead of a planned tour across the country later this year. The first run kicks off in the band's hometown of Manchester on Thu 28 Jun at the city's O2 Apollo, following that Classically Smiths visits the O2 Academy Brixton in London, before the final stop, Edinburgh's Usher Hall on Mon 2 Jul.

Manchester Camerata have previously lend their considerable skills to the critically acclaimed Hacienda Classical show. Now they will add rousing instrumentation to seminal Smiths tracks like 'This Charming Man', 'The Boy With The Thorn In His Side' and 'There Is A Light That Never Goes Out'.

With a high production show planned, it's a must-see for any Smiths fan.

Tickets for Classically Smiths go on sale at 9am on Fri 26 Jan.