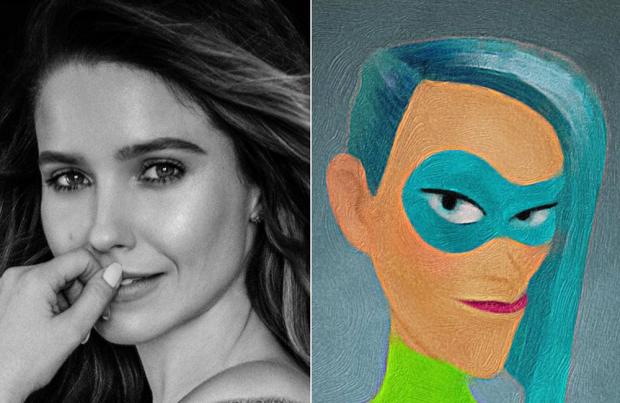 Sophia Bush, Bob Odenkirk, Catherine Keener and Isabella Rossellini have joined the cast of 'The Incredibles 2'.

The new cast mates were revealed on the official Facebook account for the Pixar movie, and they join the likes Craig T, Nelson, Holly Hunter, Sarah Vowell and Samuel L. Jackson - who are reprising their roles as Mr. Incredible, Elastigirl, Violet Parr and Frozone respectively.

The Facebook post - which was accompanied by images of the old and new characters - read: "This experiment yielded some Incredible results. Scroll through to meet the cast of 'Incredibles 2'. (sic)"

Although the plot of the film hasn't been revealed yet, the tweet revealed the names of the new characters in the movie.

Bush is set to play a superhero known as Voyd, with Odenkirk voicing a character called Winston Deavor.

The film will also feature newcomers Huckleberry Milner and Jonathan Banks who are set to take over the roles of Dash Parr and Rick Dicker.

The release of 'The Incredibles' was met with high critical acclaim and the movie was ultimately handed two Academy Awards.

It followed the superhero family who, after all super-power activities have been banned by the government, are forced to try and live normal lives.

But Bob Parr aka Mr. Incredible longs to get back out using his powers for good and is given the opportunity when he is summoned to an island to battle a dangerous robot.

However, his actions lead him into trouble and it is up to his family to rescue him and the world.

In November, a 52-second teaser trailer was released confirming the release date of the highly anticipated sequel and teased it will focus on infant Jack Parr's superpowers.

'Incredibles 2' is slated for release on June 15.

In this sequel to the 2004 original, Supers are still forbidden but Elastigirl (Hunter) gets to go up against a supervillain while husband Bob (Nelson) minds the kids. It looks great and the voice cast is excellent, but it feels dated and the set-pieces become tiring.