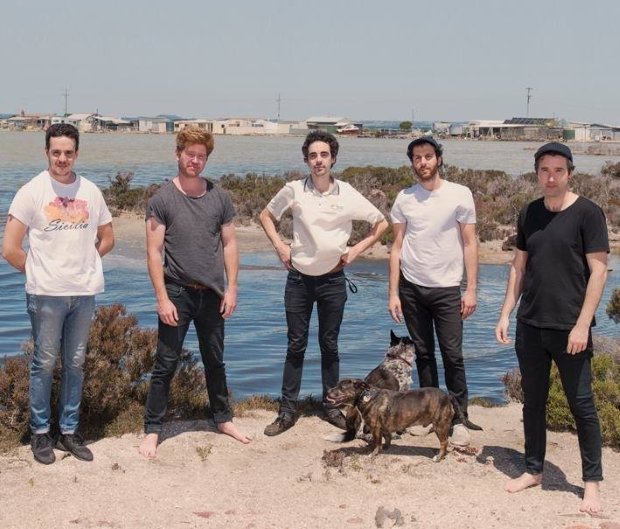 Australian indie group have released 'Mainland', ahead of the shows

Rolling Blackouts Coastal Fever have released a new track, with UK tour dates in support. Tickets for the shows go on sale at 9am on Fri 26 Jan.

'Mainland', the latest track from the Melbourne-based five piece, is a sun-kissed slab of indie rock that'll sweep the January blues away in a heartbeat, and suggests the band, who've already released the acclaimed Talk Tight and French Press EPs, could be set for bigger things in 2018.

The band's singer and guitarist Tom Rosso says the track was inspired by a visit to the Aeolian Islands near Sicily. 'I was reading about a refugee crisis unfolding not far away in the Mediterranean Sea,' says Russo. 'The song is about longing, disillusionment, privilege and holding on to love as a kind of shield.'

The group, who played their first european show at Electric Fields festival last September, will return to the UK in May. The tour kicks off at Nottingham's Rescue Rooms on Fri 18 May, continuing with a show at Glasgow's CCA on Sun 20 May, and the following nights at Gorilla in Manchester and London's Electric Ballroom.

Tickets for Rolling Blackouts Coastal Fever go on sale at 9am on Fri 26 Jan.