The Gaslight Anthem announce 10th anniversary tour of The '59 Sound, here's how to get tickets 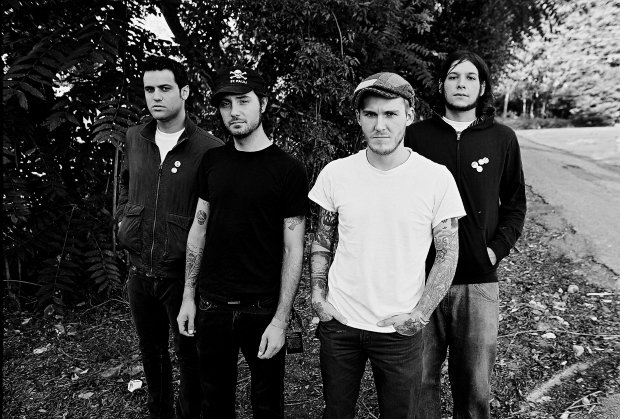 The Gaslight Anthem have announced three UK tour dates to celebrate the tenth anniversary of their album The '59 Sound. Presale tickets for the shows are available through O2 priority from 9am on Wed 31 Jan. Tickets go on general sale at 9am on Fri 2 Feb.

Formed in New Jersey back in 2006, the group released The '59 Sound, their second album, in August 2008. A slow burning success story, it was met with positive reviews on release, but its sales doubled after the band were joined on stage by their hero Bruce Springsteen the following summer.

With a relentless run of anthemic choruses, notably on the the opening run of 'Great Expectations', the title track and 'Old White Lincoln', The '59 Sound was always going to be a good fit for a commemorative tour, and so it's come to pass.

The band kick off the run of shows at London's Eventim Apollo on Fri 24 Jul, travelling up to Scotland to play Glasgow's Barrowland Ballroom on Tue 24 Jul, and finishing the following night at Manchester's O2 Apollo.

Presale tickets for The Gaslight Anthem are available through O2 priority from 9am on Wed 31 Jan. Tickets go on general sale at 9am on Fri 2 Feb.