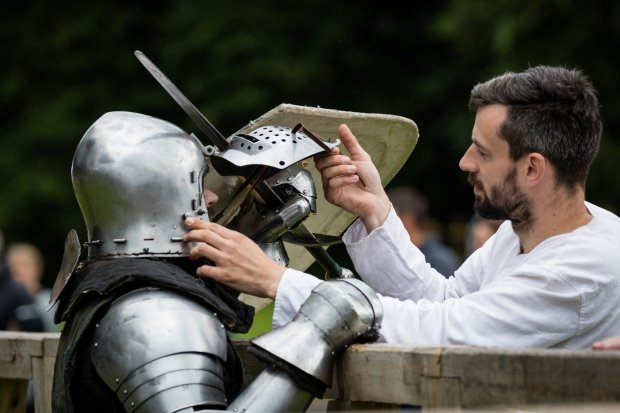 The International Medieval Combat Federation will hold it's World Championships at Scone Palace near Perth this year. Tickets for the event, which takes place from Thu 10 May–Sun 13 May, are on sale now.

Thousands of guests are expected to descend upon Scone this May, with 500 competitors and officials from over 31 countries taking over the historic palace grounds as part of the festivities. Included in the programme are full-contact medieval battles, duelling, team fights and archery.

It's the first time the IMCF have held the event in the UK, and with the sport's popularity increasing daily, it's quite the coup for Scone Palace.

Stephen Brannigan, Head of House Opening for the venue, says: 'We're thrilled to be hosting the International Medieval Combat Federation World Championships at Scone Palace, which we believe is the perfect setting for the event.

'It's going to be a real-life Game of Thrones and an event for everyone – adults, kids and families. We know they'll share our excitement for witnessing this fascinating and upcoming sport.'

The International Medieval Combat Federation's World Championships take place at Scone Palace from Thu 10 May-Sun 13 May 2018. Tickets for the event are on sale now.