End of the Road announces first acts for 2018 festival, get tickets now 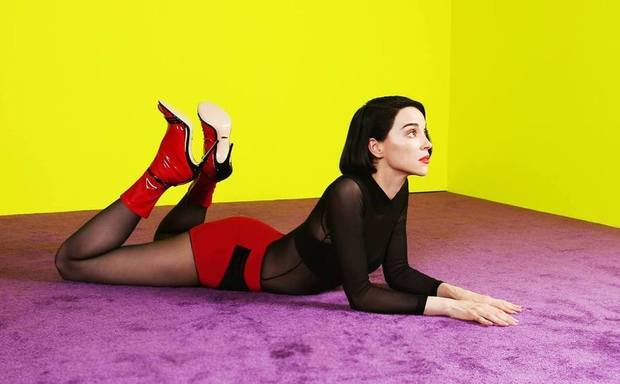 End of the Road has unveiled the first acts to perform at this year's festival, with Vampire Weekend, Feist and St Vincent confirmed as headliners. Tickets for the event are on sale now.

The lineup, revealed this morning through a wonderful animated clip (see below), features a mix of the biggest names in indie and alternative music as well as some of the most exciting up and coming acts from around the world.

Vampire Weekend return to the UK for the first time since Rostam Batmanglij left the group, suggesting the band's first album since 2013's Modern Vampires of the City could be on the way soon.

Feist released her fifth album, Pleasure, last year, and with the rousing '1234' and 'I Feel It All' a regular fixture in her set, she'll surely captivate those who make the journey to South Wiltshire.

Elsewhere at the top of the bill, St Vincent returns to the festival, after performing in 2014 supporting her self-titled album release. She returns to Larmer Tree Gardens after releasing critically acclaimed Masseduction last year.

As always it's a fascinating lineup, featuring indie gods Yo La Tengo, the electric Ezra Furman and Wilco frontman Jeff Tweedy, as well as the likes of Aldous Harding, Big Thief, Julia Holter and Gruff Rhys.

More acts are still to be announced, with the festival taking place between Thu 30 Aug and Sun 2 Sep.

End of the Road Festival