We Are Scientists reveal details of sixth album and UK tour dates, get tickets 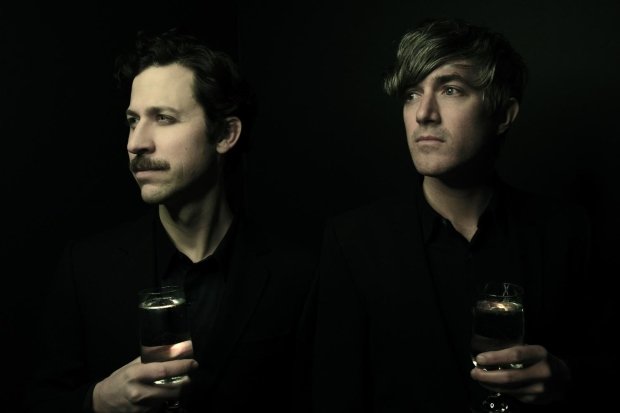 Indie's great humorists are back with Megaplex, which is released on Fri 27 Apr

We Are Scientists have, in their own trademark style, announced details of their sixth studio album, and new UK tour dates in support of its release.

Megaplex, featuring the single 'One In, One Out', comes out on Fri 27 Apr, with Keith Murray and Chris Cain saying it'll provide a welcome distraction to the bleak times we live in.

Cain adds: 'In the past we've used our music to educate, to enlighten, to awaken people to the depth and complexity of moral concerns. This time, we really wanted to drop a fun-bomb.'

The band are in the UK throughout spring, kicking off at Southampton's Joiners on Wed 28 Mar and finishing up at Sheffield's O2 Academy 2 on Sun 13 May.

Come and see them celebrate Megaplex, which sees them overtake some of music's all time greats in longevity.

'It takes a lot of hard work, a lot of honing of craft to make it to six records,' says Murray. 'I mean, the Velvet Underground never made six albums. The Smiths didn't. Pavement, Guns N' Roses, The Stooges – none of them could do it. So, I guess we're just objectively better than those bands now?'

Tickets for We Are Scientists go on sale at 10am on Wed 7 Feb.