Festival No. 6 reveals Franz Ferdinand and Friendly Fires as headliners 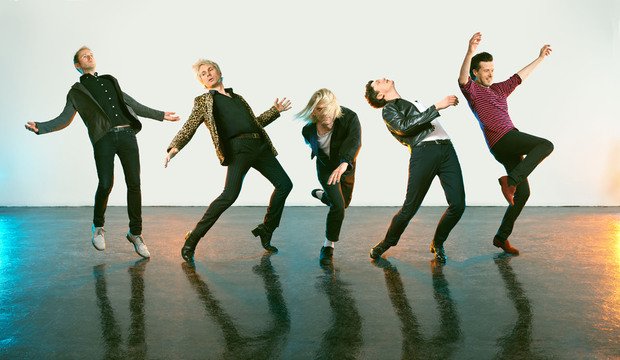 Acts join The The, Django Django, Ride and more at the North Wales festival

Franz Ferdinand and Friendly Fires have been revealed as headliners for this year's Festival No. 6, joining The The at the top of the bill in North Wales. Tier 3 tickets for the event go on sale at 10am on Wed 14 Feb.

In the spectacular surroundings of the village of Portmeirion, Festival No. 6 takes place this year over the weekend of Thu 6–Sun 9 Sep.

Organisers are celebrating the return of two of indie pop's biggest names. Franz Ferdinand, who released their fifth studio album Always Ascending last week, will bring their hit-filled back catalogue and expanded lineup, while Friendly Fires are back from hiatus and will headline the Friday night of the festival with their high energy live show, no doubt making up for some lost time.

Organisers have also revealed the first wave of acts for Festival No. 6's electronic stage. Leading the bill is four-time Grammy nominee and one half of Masters at Work Kenny Dope, with Roy Davis Jr, Hot Chip, Erol Alkan, Willow, Honey Dijon and Horse Meat Disco all to perform.

Further emphasising that this is a festival with a diverse artistic offering few can match, Andrew Weatherall is curating his own Psychedelic Faber Social stage, inviting fellow authors and artists to celebrate psychedelia, including Dorian Cope, Jeremy Deller, David Keenan (author of This Is Memorial Device) and others to be announced.

Screenings include Oxide Ghosts – The Brass Eye Tapes, which celebrates the 20th anniversary of the seminal satire show, and classic French film La Haine with a live soundtrack by Asian Dub Foundation. All things considered, that's quite the weekend.

Portmeirion festiva, headlined by The The, Franz Ferdinand and Friendly Fires.