Electric Fields announces 2018 lineup, here's how to get tickets 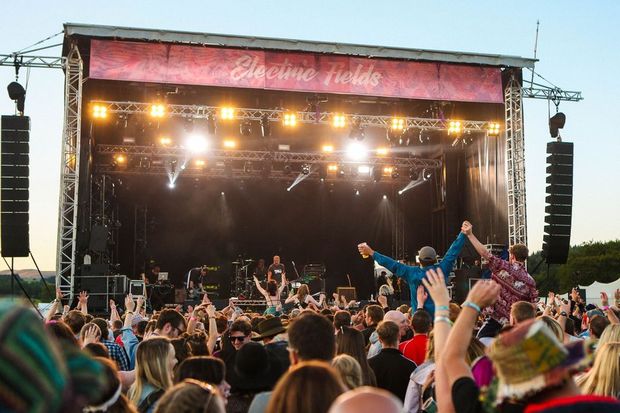 Now in its fifth year, Electric Fields has announced its first acts for 2018, with Noel Gallagher's High Flying Birds, James and Leftfield confirmed as headliners. Remaining tickets for the festival go on on sale at 10am on Wed 14 Feb.

Former Oasis man Noel brings his High Flying Birds (and virtuoso scissors player) to Dumfries and Galloway, for what will be one of the most intimate festival performances of his career. With tracks from last year's Who Built The Moon? as well as the occasional Oasis classic, he'll close the main stage at Drumlanrig Castle on Fri 31 Aug.

For the first time, Electric Fields will take place over three days this year, with indie veterans James topping the bill on Thu 30 Aug, while Leftfield bring their live set to the party, closing the festival on Sat 1 Sep.

An impressive lineup also features legendary Scottish indie group Teenage Fanclub, the 'Bellshill Beach Boys' bringing their harmonies and big choruses to the main stage, and Idlewild, fresh from the memorable 15th anniversary gigs that celebrated the band's 2002 album The Remote Part, held in December. Expect to hear a few cuts from that fan favourite.

Another local giant standing out on the lineup is Mercury and Scottish Album of the Year-winning hip-hop trio Young Fathers, who are set to return in 2018 with Cocoa Sugar.

Elsewhere the festival is set to welcome Baxter Dury, The Coral, Ezra Furman, Ghostpoet, Shame and Idles. Once more there's an electronic programme curated by Sneaky Pete's, with wordsmiths far and wide represented on the Neu Reekie! stage.

Festival co-founder Nick Roberts says: 'This is going to be so fun, I honestly can't wait. We've been working really hard over the past few years, and we're just chuffed to be able to be putting on what's set to be another great weekend of music, with our always excellent audience, in such a beautiful setting!'

Electric Fields takes place at Drumlanrig Castle in Dumfries and Galloway from Thu 30 Aug–Sat 1 Sep. Remaining tickets go on sale at 10am on Wed 14 Feb.