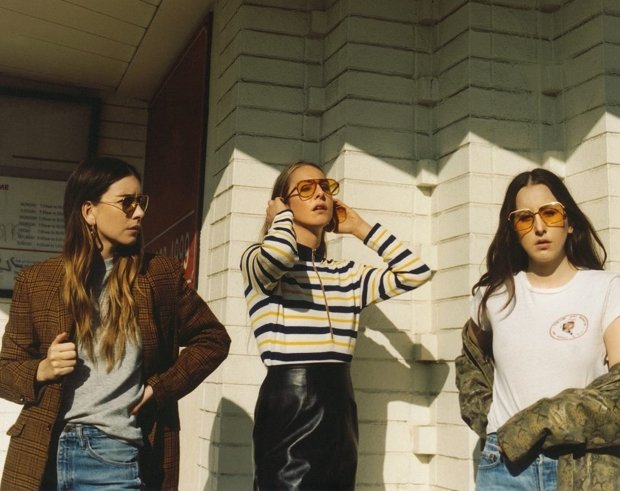 Haim have announced three UK shows as part of their upcoming European tour. Presale tickets for the Sister Sister Sister tour go on sale at 9am on Wed 21 Feb through O2 priority, general sale begins at 9am on Fri 23 Feb.

The three Haim sisters, Este, Danielle and Alana, kick off the run of UK shows at Glasgow's O2 Academy on Sun 10 Jun, heading into England for shows at Manchester's O2 Apollo on Mon 11 Jun and London's Alexandra Palace on Fri 15 Jun.

Pop at it's slick best, the group have released two studio albums to date. Their debut, 2013's Days Are Gone was a veritable hit parade, featuring 'Forever', 'Don't Save Me', 'Falling', 'The Wire', 'If I Could Change Your Mind' and the addictive title track.

They returned last year with Something To Tell You, influenced heavily by Stevie Nicks and Fleetwood Mac, featuring the tracks 'Want You Back' and 'Little Of Your Love'.

Three sisters from LA who blend folky and R&B elements in their sound.