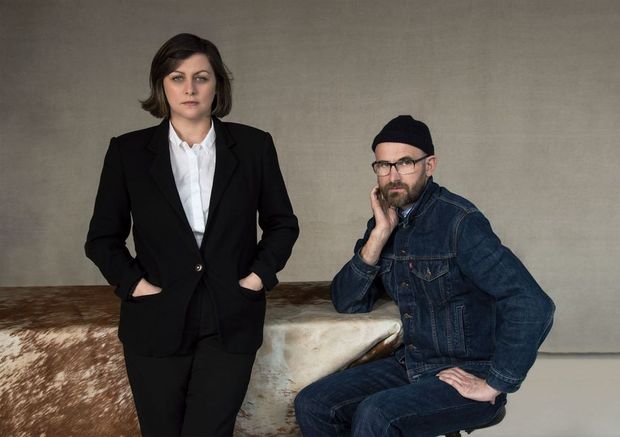 Camera Obscura and Crybaby singer-songwriters have teamed up, listen to 'Home and Dry' now and get tickets for their tour

Tracyanne and Danny have released the first track from their upcoming debut album, and announced a short run of UK tour dates in support. Tickets for the shows are on sale now.

A collaboration between singer-songwriters Tracyanne Campbell (Camera Obscura) and Danny Coughlan (Crybaby), the duo will release their self-titled album on Fri 25 May through Merge Records.

They kick off their run of UK gigs in Bristol at The Lantern on Mon 28 May. There's a London show at Osla on Tue 29 May, before they visit Campbell's hometown of Glasgow, performing at Saint Lukes on Thu 31 May.

Preceding the album, the group have released the track 'Home & Dry', which features a typically stunning vocal from Campbell.

She says of the track: 'It's about the movement of time, the inevitability of things not staying the same. Just when you think things are sorted and ok, something changes and they no longer are.'

Tickets for the shows are on sale now.