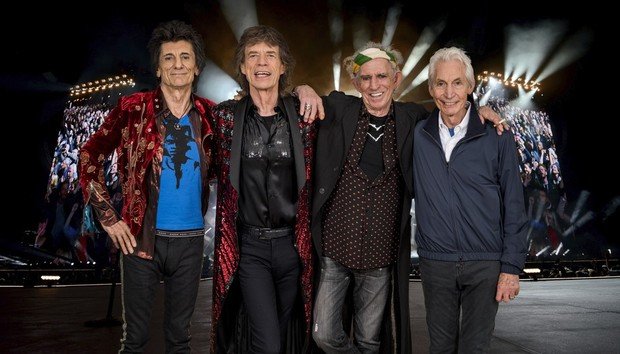 The Rolling Stones have added an extra London date to their UK tour for 2018. The group will now perform two shows at the London Stadium, with the second show taking place on Fri 25 May. Tickets for all dates go on sale at 9am on Fri 2 May.

Mick Jagger, Keith Richards, Ronnie Wood and Charlie Watts had previously announced five shows across the country, with the first taking place at the iconic site of the 2012 London Olympics on Tue 22 May.

They play Old Trafford Football Stadium in Manchester, BT Murrayfield in Edinburgh and Cardiff's Principality Stadium in June, finishing up the tour in West London, at Twickenham Stadium on Tue 19 Jun.

It's another day at the office for Charlie Watts, who this week said it 'wouldn't bother me if the Rolling Stones said that's it.'

The 76-year-old drummer added: 'I love playing the drums and I love playing with Mick and Keith and Ronnie, I don't know about the rest of it.'

'For me, I would like to be standing on Sun 8 Jul at the end of the show in Warsaw. That's as far as I can see.'

Tickets for The Rolling Stones go on sale at 9am on Fri 2 Mar.