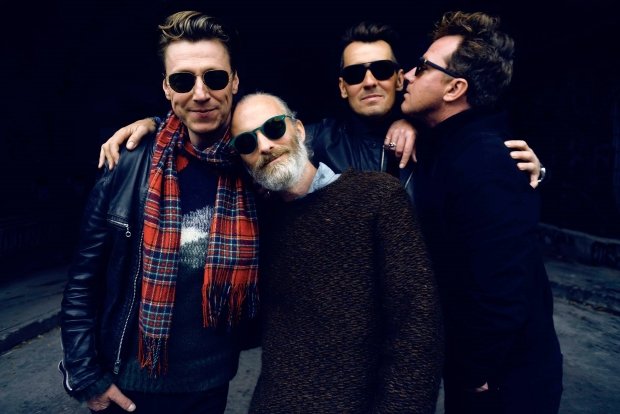 Scottish group to take their hugely successful second album on tour in 2018, with a huge gig at Glasgow's SSE Hydro at the end of it all

Travis have announced that they are taking their massively popular second album The Man Who on the road in 2018, playing the fan favourite in full for adoring fans. Presale tickets for the shows are available through O2 priority at 9am on Wed 7 Mar. Tickets go on general sale at 9am on Fri 9 Mar.

Following triumphant headline shows at Manchester's Bridgewater Hall and OnBlackheath Festival in 2017, the band have decided to tour the show, with a run of dates in June and another in December. It all culminates in a massive hometown gig at Glasgow's SSE Hydro on Thu 21 Dec.

Released on May 24, 1999, The Man Who was a slow burner, but eventually – aided by the singles 'Driftwood', 'Writing To Reach You' and (Scottish national anthem in all but name) 'Why Does It Always Rain on Me' – it became a huge success, topping the charts for 11 weeks in total. To date, it's sold almost three million copies in the UK alone.

A special album for many people, Fran Healy, Andy Dunlop, Dougie Payne and Neil Primrose will celebrate it in 2018.

Presale tickets for the shows are available through O2 priority at 9am on Wed 7 Mar. Tickets go on general sale at 9am on Fri 9 Mar.