Austentatious to tour the UK in 2018, get tickets 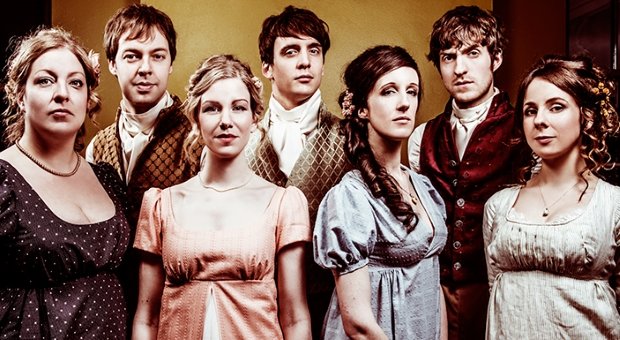 Austentatious is to tour the UK this Autumn, with tickets on sale from 10am on Thu 8 Mar.

The improvised comedy play sees a cast of distinguished performers, including Joseph Morpurgo, Rachel Parris and Andrew Hunter Murray, deliver a new show every night, based on a title for a 'lost' Jane Austen novel suggested by audience members.

The tour kicks off at Brighton Dome on Sun 23 Sep, running until Fri 2 Nov. Bring show ideas – you never know, it might just happen.

Tickets for Austentatious go on sale at Thu 8 Mar.

An irreverent show performed in period costume, borne from suggestions from the audience.