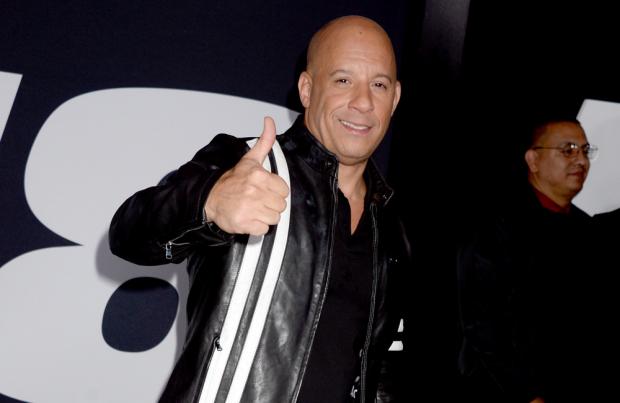 Vin Diesel has signed up for 'Bloodshot'.

The 50-year-old action hero will star as the titular super soldier in the Sony Pictures adaptation of the Valiant comic book series, according to Deadline.

Bloodshot is a former soldier who is able to regenerate and metamorphose due to nano-computers being injected into his bloodstream, enabling him recover from injuries quickly and shape shift.

Brought back from the dead by this super technology, he finds he must battle memory loss as well as coming to terms with his new powers.

Dave Wilson - who has long collaborated with 'Deadpool' director Tim Miller - will make his feature debut at the helm of he movie, with the studio keen to invoke the tones of 80s action classics such as 'Terminator', 'Robocop' and 'Total Recall'.

The tone is expected to be dark and R-rated as supposed to a fun family movie.

Diesel will be reunited with 'Fast and the Furious' producer Neal H. Moritz on the project, which is due to begin filming this July.

Bloodshot is a central character in the Valiant Expanded Universe which incorporates many tones, genres and demographic groups, but focuses on ordinary people in extraordinary situations, in contrast to the gods and superheroes of other comic book worlds.

Valiant could be the next big thing in comic book movies as the franchise has more than 2,000 characters and has sold more than 80 million comics.

Diesel previously appeared as tree creature Groot in the 'Guardians Of The Galaxy' movies, part of the Marvel universe.

Last year he was named Forbes' top grossing actor of 2017, earning $1.6 billion in 12 months, largely due to his appearance as Dominic Toretto in the 'Fast and Furious' franchise.