Beyonce and Jay-Z announce joint tour of UK stadiums, here's how to get tickets 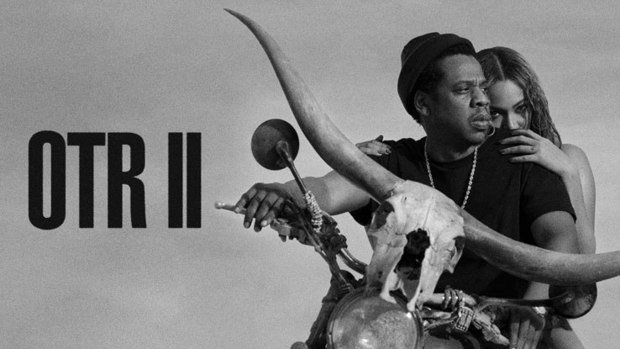 Power couple take their second On The Run tour to Cardiff, Glasgow, Manchester and London

Beyonce and Jay-Z have announced a run of stadium shows together in the UK this summer, with tickets going on general sale at 9am on Fri 23 Mar.

The couple, who previously toured their On The Run show together in 2014, will perform a sequel tour in 2018, with four massive gigs, kicking off at Cardiff's Principality Stadium on Wed 6 Jun. They head to Glasgow's Hampden Park on Sat 9 Jun, Manchester's Etihad Stadium on Wed 13 Jun and London Stadium on Fri 15 Jun.

Arguably the biggest pop star in the world, Beyonce's last run of UK shows was part of her 2016 Formation tour, while her husband Jay-Z, one of the best-selling rap artists in history, brought his 4.44 tour to the country the following year.

The two first collaborated back on the 'Bonnie & Clyde' single, going on to work together on the massive hit 'Crazy in Love', 'Part II (On The Run)' and 'Drunk in Love'. Firmly established as pop culture's ultimate power couple, the shows should be a veritable thrill ride for fans.

Tickets for Beyonce and Jay-Z go on general sale at 9am on Fri 23 Mar.

The power couple join forces for a pop, hip hop and R&B extravaganza.