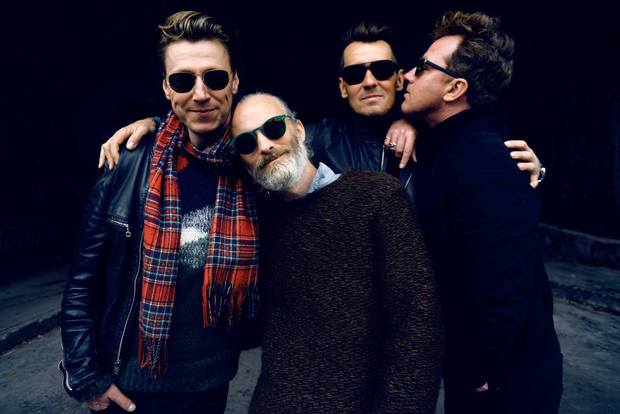 Travis join the lineup for the 2018 Isle of Wight festival

Isle of Wight Festival has announced another waves of acts for its 50th anniversary year. Tickets for the festival's 'Golden Jubilee', which takes place from Thu 21–Sun 24 Jun, are on sale now.

One of the country's most popular bands, Travis return to the Isle of Wight to close the festival's Big Top on the Sunday night. The group are currently gearing up for a UK tour that'll see them perform their massively successful second album The Man Who in its entirety, and what better way to bring the festival to a close than with anthemic tracks like that album's 'Why Does It Always Rain On Me?', 'Driftwood', 'Writing To Reach You' and 'Turn'.

Also added to the festival bill is the BBC's Sound of 2018 winner Sigrid, incendiary Australian club night Hot Dub Time Machine and indie pop group The Wombats. Gerry Cinnamon, hugely popular in his homeland of Scotland, takes his acoustic guitar down to the Island to perform tracks from his Erratic Cinematic full-length.

Newport hosts the three-day music jamboree with an emphasis on rock and indie.