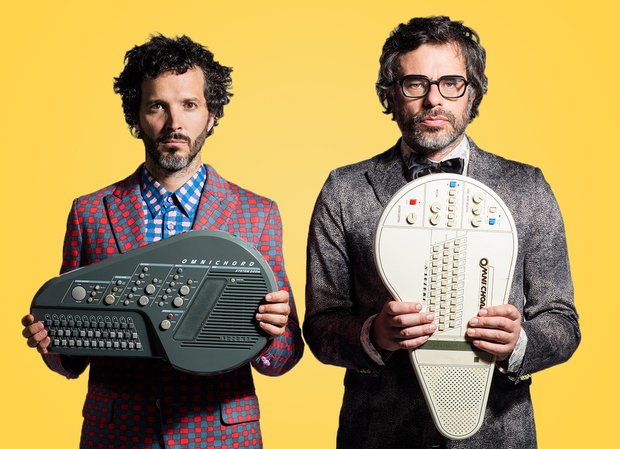 It's business time again! Well, nearly. You can't do business with a broken hand – not if you're one half of Flight of the Conchords and your business is playing sweet licks on an acoustic guitar for packed arenas, anyway.

That's right, folks, New Zealand's most popular musical comedy group have announced rescheduled UK and Ireland tour dates for 2018, having postponed the originally planned run due to Bret McKenzie doing himself a mischief, falling down some stairs and ending up with a plaster cast.

Thankfully, Bret lived to tell the tale and now he and his partner-in-rhyme Jemaine Clement can get their passports ready and pack their shorts and Ray Bans for summer in Northern Europe. The new run of shows kicks off at Dublin's 3 Arena on Fri 15 and Sat 16 Jun, running through Glasgow, London, Leeds, Liverpool, Birmingham and Manchester that month.

The run concludes with a triple header at London's Eventim Apollo from Tue 2–Thu 4 Jul.

Flight of the Conchords' rescheduled UK and Ireland tour dates 2018:
*All original tickets are valid, corresponding cancelled date in brackets