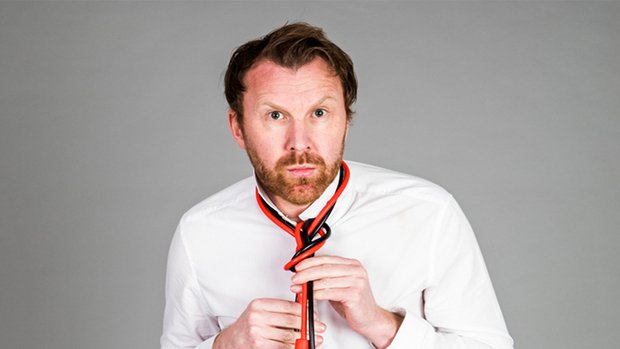 Irish stand up's new show is titled You Can Come In, But Don't Start Anything

Jason Byrne has announced a UK tour for 2018, with tickets on sale now.

The Irish stand-up's new show it titled You Can Come In, But Don't Start Anything, and he's taking it all around the country in September and October.

Kicking off at Colchester Arts Centre on Thu 27 Sep, the tour finishes up at The Stand in Glasgow on Sun 28 Oct. The hyperactive Dubliner will deliver madcap routines, comedy stunts and more in a show where anything goes.

Tickets for Jason Byrne are on sale now.

He’s back for more comedy chaos! Jason has learnt over the past few years that we all need to “play” a bit more in our lives. With this in mind, Jason will do what he does best, connecting with the audience in a way no other comic can. Whether it’s inviting or dragging (as it has been known) people up onto stage and…

…and at 6 other places