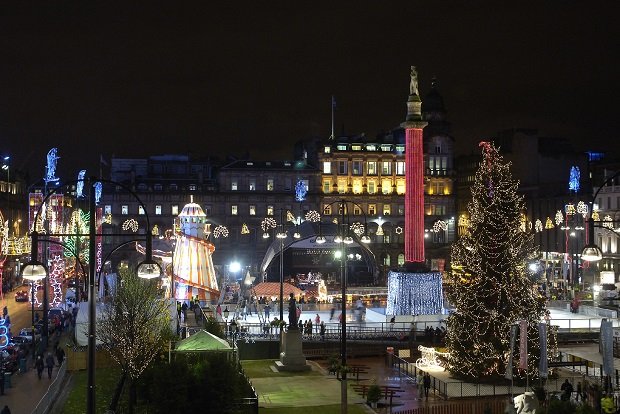 George Square is the principal civic square in the city of Glasgow, Scotland. The square was named after King George III and initially laid out in 1781 but not developed for another twenty years. George Square is surrounded by architecturally important buildings including the City Chambers (headquarters of Glasgow City Council) on the east side and the Merchants House on the west side.

There is an 1829 panoramic engraving by Joseph Swan which shows the early development of the square and its surrounding buildings. The square is home to an important collection of statues and monuments, including those dedicated to Robert Burns, James Watt, Sir Robert Peel and Sir Walter Scott.

There are 2 events at this location

A community event open to absolutely everyone who wants to come along for a chat, some food, and to learn more about the people who live in the city.

Days: Saturday and Sunday  Showtimes: 13.00 – 17.00 The United Nations Board of Significant Inspiration (UNBOSI) continues their research in Scotland, connecting with inspirational people and places with their Marble Awareness Roadshow! Join them for interactive marble run making; experience their giant marble run…