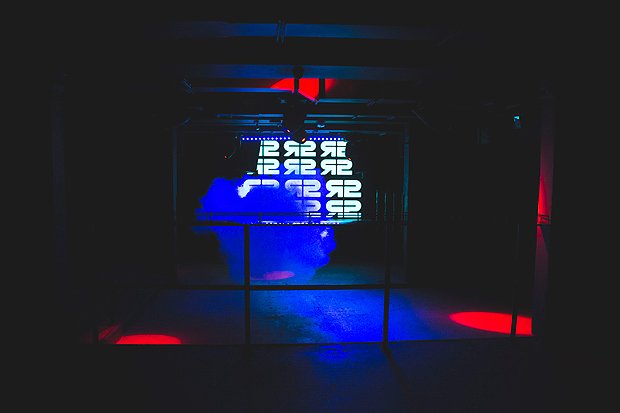 From the team behind the much-beloved La Cheetah club, this multi-functional venue on Nelson Mandela Place hosts a dynamic programme of live music and rollicking club nights with DJs and artists from across the globe.

There are 13 events at this location

Room 2 Live Presents… Ben Monteith in Room 2 Live (Glasgow City centre) playing solo and with support to be announced. 16+. Under 18's must be accompanied by an adult. ID required (birth certificate, driving licence (full or provisional), passport or Young Scot card). 'Ben Monteith’s music is honest and heart felt. He…

'Glasgow, Dundee, Edinburgh, Stirling… ring any bells? If you're on TikTok and in Scotland, we're guessing it might!!!

CAVE IN USA Twenty-six years ago, in Methuen, Massachusetts, the ethos underpinning the next two-and-a-half decades of CAVE IN distilled. Built on friendships established in the New England hardcore punk scene, the quartet best known to fans - Stephen Brodsky on lead guitar and vocals, Adam McGrath on rhythm guitar (and…

London based duo Jive Talk are bringing some seriously groovy records to Glasgow for their DBT. debut gig at the newly revamped Room 2 with Function 1 sound!

23 Promotions & Room 2 Live Presents… The Gilhooly's make a welcome return to Room 2 Live, Glasgow for their single launch party for 'The Score' (released on Main St. Records) with Special Guests Dignity ROW and Lonehead. Tickets: 'Once described by various DJs and music journalists as, “The next big thing from…

Glasgow Streetsound in partnership with Buskers of Glasgow (https://linktr.ee/BuskersofGlasgow) is a live music showcase at Room 2 Live, aimed at giving recognition to Glasgow’s talented musicians and street performers and giving them the opportunity to play in a city centre venue with a world class Funktion-One sound…

23 Promotions & Room 2 Live Presents… Hippy, Pelikan Rogue and Nasty Nesto and The Sadbois in Room 2 Live, Glasgow. Please select the ticket option for the act you are primarily buying your ticket to support. £10+BF in advance. £12 on the door. 14+. Under 18's must be accompanied by an adult. ID required (Young Scot…

Western Australian troubadour Malachy returns to the city of Glasgow for a wonderful evening of music and stories at Room 2, one of the city’s favourite venues. Malachy’s performances are powerful, it is rare one comes in contact with an artist that has pursued their art so furiously for so long. His song’s are carved…

Anybody who knows the Scottish music scene will tell you that Mickey 9s are one of the most exciting bands to see live. The irreverent four-piece from Glasgow combine elements of dance, punk and disco into a blistering, genre-defying groove that sends crowds into a frenzy. This year will see Mickey 9s take their…

23 Promotions & Room 2 Live Presents… The Steve Pilgrim Band. With support from The Solid Bond. Steve Pilgrim brings his band to Glasgow for the first time to celebrate the release of his new album Beautiful Blue. Steve collaborated with his band mate, and musical icon Paul Weller, who produced and co-wrote tracks for…