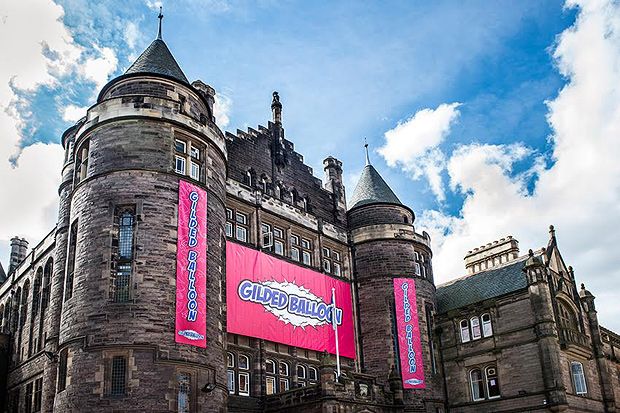 The Gilded Balloon is one of the largest and most well-known venues at the Edinburgh Festival Fringe. The Gilded Balloon has experienced a dramatic evolution from its modest origins of one studio theatre with seven shows per day in 1986, to operating nine venues with over 130 shows per day featuring performers from across the globe in 2015! The Gilded Balloon’s position as a premier venue is based on intriguing, imaginative, adventurous and international programming covering exciting dance and physical theatre, spine-chilling plays and challenging drama and children’s shows. The venue’s reputation, however, comes from promoting, supporting and nurturing comedy, presenting the cream of stand-up, improvisation and character comedy.