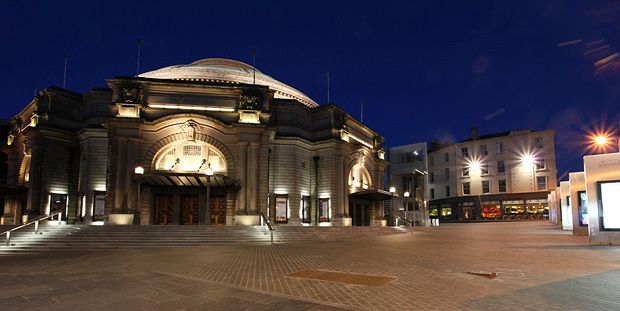 A landmark in the heart of Scotland's capital, the Usher Hall is one of the most outstanding concert halls in the world, well-loved by performers for its fantastic acoustics and boasting a grand organ still used for special recitals, as well as three Steinway grand pianos. The 2200-capacity venue officially re-opened in 2010 after an extensive refurbishment, with a new box office, café/bar and function spaces overlooking existing Edwardian architecture. The hall embraces a wide range of music and events, including rock, pop, jazz, world, blues, comedy, talks, school concerts, conferences, sponsorship events, ceremonies, lectures and recording sessions. Not least as one of the major venues in the Edinburgh International Festival, it has staged concerts with some of the biggest names in 20th Century music, from Ella Fitzgerald to Oscar Peterson, Gustav Holst to Kiri te Kanawa, The Rolling Stones to Beck. Despite this history of quality on a global scale, the hall remains loyal to the local community, showcasing young unsigned acts and family events throughout the year. The venue celebrated its 100th anniversary in 2014.

The Usher Hall is approximately 15 minutes walk from either Edinburgh Waverley or Haymarket stations; while buses 1, 10, 11, 15, 16, 24, 34 and 47 all stop outside the venue. There is an NCP carpark located nearby on Castle Terrace plus disabled parking available on Grindlay Street and Cambridge Street.

The Usher Hall is one of the most outstanding concert halls in the world. It is Edinburgh’s key venue for visiting national and international orchestras and has been the main venue for the Edinburgh International Festival since 1947. The beautiful Beaux Arts building was completed in 1914 and remains one of Edinburgh 's architectural gems. The much praised acoustics make it one of the best concert halls in Europe with many of the world's finest musicians performing here. Today the Usher Hall is a centre of excellence embracing the widest range of music and events, including rock, pop, jazz, world, blues, comedy, talks, school concerts, conferences, sponsorship events, ceremonies, lectures and recording sessions