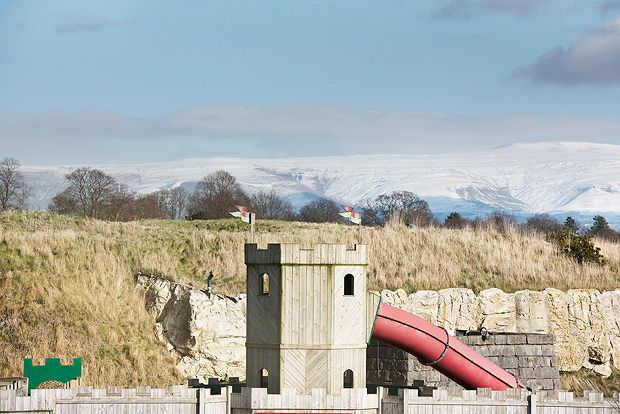 Rheged is located at the northern gateway to the Lake District, at Penrith. Opened in 2000, the centre welcomes over 450,000 visitors every year. The vision of a Cumbrian farmer, John Dunning, Rheged is a centre that celebrates its place, through its programme of arts and family events and exhibitions, as well as its food and shops.

There are 20 events at this location

A-ha's hit Take On Me is still one of the most played songs of the last millennium. This documentary follows the band over a period of four years, sharing the full story of how three young men followed their impossible dream of making it big. When Take On Me reached number 1 on Billboard in the US in 1985 that dream came…

Adrian Hayes - To the Ends of the Earth

Presented by Speakers from the Edge   Record-breaking adventurer and author Adrian Hayes takes audiences on a journey through the jungles, seas, deserts, ice caps and mountains of the world that he has devoted much of his life to exploring. In this presentation, the former Gurkha Officer will speak of his deep…

This animated, big-screen, musical comedy-mystery-adventure is based on the longrunning Emmy®-winning series. The story begins when a ruptured water main creates an enormous sinkhole right in front of Bobs Burgers, blocking the entrance indefinitely and ruining the Belchers' plans for a successful summer. While Bob and…

A tragic love story ensues when young Prince Siegfried meets Odette, who is white swan by day and human by night. Odette can only wait for an oath of true love to break the curse. This tale of love, drama and deception is brought to life by Russia's world famous Bolshoi Ballet.

Doctor Strange in the Multiverse of Madness

The Crawleys visit the South of France to find out why the Dowager Countess has been gifted a villa.

Elizabeth: A Portrait in Parts

Director: Roger Michell Duration: 89 minutes A unique and inventive feature documentary about the life of Queen Elizabeth II. Directed by the late, great and much celebrated Roger Michell (Notting Hill, The Duke) Elizabeth: A Portrait in Parts is a nostalgic, uplifting and fresh modern chronicle of the extraordinary…

Deteriorating health causes an elderly hermit to question his ability to live in wilderness.

Working direct from a life model, you will be guided through different drawing techniques using graphite and charcoal. This introductory class is intended to nurture both an experimental approach to life drawing and good observational skills while promoting good discipline within the traditions of a life room setting.

Leo Houlding – Closer to the Edge

Leo Houlding is one of the world's best climbers; big walls, Everest, triple peaks in as many days, you name it, Leo's probably climbed it! With a brief overview of his life, Leo's brand new show will follow on from his previous tour (The Spectre Expedition, 2019) bringing audiences up to date with his audacious…

When Australian composer Brett Dean’s Hamlet had its world premiere at the Glyndebourne Festival in 2017, The Guardian declared, “New opera doesn’t often get to sound this good … Shakespeare offers a gauntlet to composers that shouldn’t always be picked up, but Dean’s Hamlet rises to the challenge.” On June 4, this…

A rollicking new comedy by Richard Bean (One Man, Two Guvnors) and Oliver Chris (Twelfth Night). After an aerial dog fight, Pilot Officer Jack Absolute flies home to win the heart of his old flame, Lydia Languish. Back on British soil, Jack’s advances soon turn to anarchy when the young heiress demands to be loved on her…

National Theatre Live: Much Ado About Nothing

Escape to the Italian Riviera with a cast including Katherine Parkinson and John Heffernan. Since 1931, the legendary family-run Hotel Messina has been visited by artists, celebrities and royalty.  When the current owner’s daughter falls for a dashing young soldier, the hallways are ringing with the sound of wedding…

A young, brilliant barrister who loves to win comes face to face with unexpected forces when the patriarchal power of the law, burden of proof and morals diverge. Jodie Comer makes her West End debut in the UK premiere of Suzie Miller's award-winning play, which takes us to the heart of where emotion and experience…

Straight Line Crazy is a blazing account of Robert Moses, a New York master manipulator who exposed the weakness of democracy in the face of charismatic conviction.

The story of the plan which the Allied invasion of Sicily secret during the Second World War.

Maverick returns in this sequel to the 1986 film.

On the remote Siula Grande in Peru in June 1985, mountaineer Simon Yates found himself in a desperately unenviable position. He was slowly being pulled off the mountain face by his injured partner, Joe Simpson, dangling on the rope 50 metres below. His decision to cut the rope saved both their lives in the epic of…

Wilderland is the UK’s first touring wildlife film festival. Sharing with audiences the very best natural history films by world class filmmakers across the globe. Selected from over a hundred entries, Wilderland is now back for its third year touring the 2022 Official Selection showcase. These ground-breaking independent…

Looking for events in Penrith?