The Hug and Pint 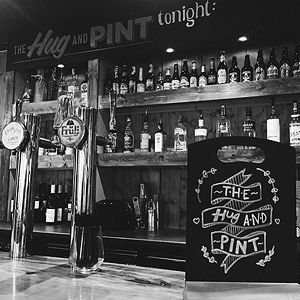 There are 34 events at this location

JigJam are a multi-award-winning quartet from the heart of the midlands of Ireland. Blending the best of traditional Irish music with Bluegrass and Americana in a new genre which has been branded as ‘I-Grass’ (Irish influenced Bluegrass), their onstage energy along with their virtuosic musical ability, has captivated…

The first thing that grabs your attention about Amy Montgomery (apart from her Bohemian look) is her raw and beautiful voice honed from relentless busking throughout Ireland. Her vocals seem to channel the spirit of Janis Joplin and Grace Slick whilst also acknowledging her all time favourite Alanis Morissette. Amys shows…

Michigan born Anna Ash returns to showcase her fourth studio album Sleeper which follows on from her critically acclaimed previous albums These Holy Days, Floodlights and LA Flame. Her music has featured in a range of US television series such as Masters of Sex and Billions as well as the docuseries Helter Skelter: An…

Having toured with Tycho, Nick Murphy, Mansionair and Gold Panda, Ghostly International’s Brooklyn duo Beacon, bring their live show to London for the first time in 4 years, following the release of their latest offering Gravity Pairs. This is an 8+ event (under 14's must be accompanied by an adult 18+).

Since the group’s founding in 2010, Brooklyn-based Bootblacks have been enthralling audiences with their frenetic live shows. Their sound is described as a balance of contradictions: both pensive and buoyant, referential and modern. Bootblacks released their first EP “Narrowed”, in the fall of 2012, after previously…

Captain Accident is a reggae/ska/soul artist who creates a unique blend of soulful lovers rock, roots reggae, ska, dub and rocksteady at his home studio in Cardiff. This sound is then brought to life on stage with the help of a collective of musicians known as The Disasters although in reality, they are far from…

Slick is a guitarist best known for collaborating with the likes of Bowie, Lennon and Robert Smith.

Teenagehood, brotherhood and a love for an array of alternative music has united Burnley’s The Goa Express. The intensity of the friendship has resulted in the occasional bust up along the way, yet it only add to the burning chemistry which the band offer on record and on stage. Together, James Douglas Clarke (Guitar…

Columbia, Missouri trio The Hooten Hallers are a high-energy blues-rock band known for hard-traveling and wild live shows, with a seemingly endless tour schedule. The myriad of influences in their music incorporates elements of rhythm & blues, rock'n'roll, honky tonk, jazz, and soul, with a thematic penchant for the…

Over 10 years on from their beginnings, through their re-telling of some of western history's most idiosyncratically bleak tales of human interest, to their realisation of humanity lying prostrate at the hands of environmental and technological factors far greater than us, I LIKE TRAINS have been transfixed by the art of…

John Craigie adapts moments of solitude into stories perfectly suited for old Americana fiction anthologies. Instead of leaving them on dog-eared pages, he projects them widescreen in flashes of simmering soul and folk eloquence. On his 2022 full-length album, Mermaid Salt, we witness revenge unfurled in flames, watch a…

Alt.country troubadour with a lifetime's experience of playing in bands but who didn't release his first album until he was 50.

Les Filles de Illighadad (daughters of Illighadad) was founded in Illighadad, Niger in 2016 by solo guitarist Fatou Seidi Ghali and renowned vocalist Alamnou Akrouni. In 2017, they were joined by Amaria Hamadalher, a fixture on the Agadez guitar scene, and Abdoulaye Madassane, rhythm guitarist and a son of Illighadad. Les…

Hailing from the Northside, Dublin five-piece Melts have fast emerged as a force to be reckoned with in the city's era-defining scene. Brimming with hooks and searing intent, their forward- pushing brand of rock n roll weds elements of psychedelia, post-punk and Krautrock to deliver a sound all their own. Having won…

Naima Bock co-founded Goat Girl with friends at age 15, and after releasing their debut album on Rough Trade Records she left the band to explore other musical avenues. Her music now combines folk influenced songwriting with jazzy instrumentation, partially inspired by Naima's childhood growing up in Brazil.

N’famady Kouyaté is a young energetic master musician from Guinea, who relocated to Cardiff in 2019. Supporting Gruff Rhys on the Pang! album tour, the talented multi-instrumentalist wowed audiences across the UK and Ireland with his modern interpretations of traditional West African Mandingue songs and rhythms.

Singer, songwriter and virtuoso guitarist Nick 'son of Roy' Harper takes his show on the road – attention all 'Harponauts' (as the man himself calls them).

Formed in 2019, The People Versus borrow from a variety of genres and traditions. Their combined voices and instrumental lines swoop, circle and support the beguiling voice and personality of lead singer, Alice Edwards. Each song is taut with feeling and longing, with many inspired by Greek myth and tales from…

The Way Down Wanderers

We Are Not Devo: Devo Tribute

A mixture of folk, blues and country from the New York-based singer-songwriter and guitarist.

Provocative alternative-punks The Wood Burning Savages are an incendiary four piece from Derry city that proudly wear the rebel spirit of their hometown on their sleeves.

Get 10% off Wild Natural Deodorant 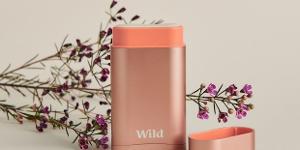 Save 10% on the the world's first single-use plastic free, compostable refill natural deodorant. Wild is a London-based natural deodorant company that focuses on quality, performance and sustainability. They utilise the powers of the natural world to…

Graze: £20 off your next purchase 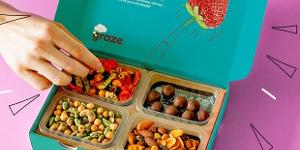 Get £20 off when you add £50 worth of snacks to your basket Graze has long been known as one of the best snacking brands on the market, giving you healthy treats when you're on the go or delivering them directly to your door with their sumptuous…