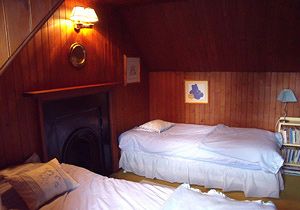 The house stands in one of the most fascinating and undiscovered parts of Scotland. Remote and wild, yet only just over two hours from the centre of Glasgow. The Kilmartin Glen and Kilmichael Glassary, in which the house stands, together hold the highest concentration of Neolithic monuments in the world, and there is a current application for Kilmartin Glen to have World Heritage Status. Ancient castles, burial chambers, ruined forts, standing stones and the unique rock carvings and cup and ring marks define this area as the most significant in Scotland. The area known as Dalriada is where the first Kings of Scotland were crowned. In a loch just a mile from Kirnan stands a perfect example of a crannoch, a Neolithic stone island created in the centre of a loch. Stand and listen to the wind moving up the glen and imagine these ancient people raising their families swathed only in deer skin, sailing their dugout wooden boats across the loch. To stay at Kirnan is to step back in time and leave all the cares of the modern-day world behind.

Looking for events in Lochgilphead?