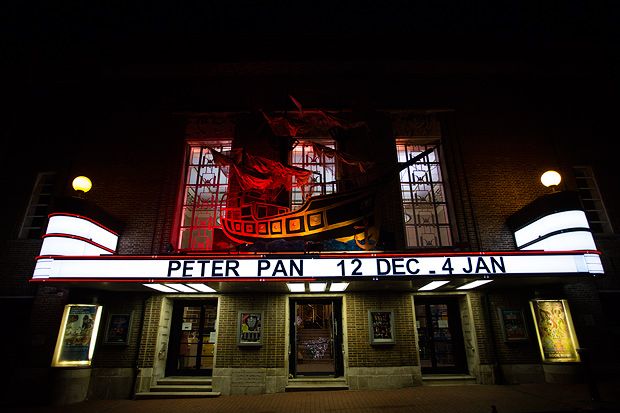 A home for comedy, theatre, music and more right in the heart of Tunbridge Wells. Expect big touring acts alongside local productions and a traditional panto every Christmas. Sereved by regular buses and just five minutes walk from Tunbridge Wells train station.

The Assembly Hall will be replaced with a new 1,200 seat theatre on the same site with construction starting in 2019, and expected to be complete in 2022.

There are 11 events at this location

Harry is back with brand-new amazing jokes in an all-singing, all-dancing one-man spectacular. “I hadn’t realised how much I missed performing live until lockdown stopped me from doing it,” says Harry, “It’s great to be going back on stage and the good news is I am planning a very silly show.” Audiences will meet Harry’s…

A grumpy look at life from Ms Eclair, having hit 60 and a new decade of decrepitude.

'Keeping The Faith' is a brand-new all-action theatre experience, featuring the hit songs of one of the greatest songwriters and performers in music history - Billy Joel Billy Joel is one of the best-selling music artists of all time, having sold over 150 million albums worldwide. His 12 studio albums include 33 Top 40…

The hilarious Sarah Millican is back on tour with a Bobby Dazzler of a new stand-up show. In this, her sixth international tour, you’ll learn about what happens when your mouth seals shut, how to throw poo over a wall, trying to lose weight but only losing the tip of your finger, a surprisingly funny smear test, and how…

Strictly Presents: The Power of Dance

2022 will welcome a brand-new show from the Strictly Come Dancing family touring the UK - Strictly Presents: The Power of Dance. Featuring the spectacular professional dancers Janette Manrara, Dianne Buswell, Amy Dowden and Neil Jones, together with two special guest stars who will be announced soon. Directed and…