Whilst every effort has been made to ensure the information displayed here is accurate, always check with the venue before attending (especially during the Covid-19 pandemic).
The Bluecoat
School Lane, Liverpool, Merseyside, L1 3BX
Photo of The Bluecoat 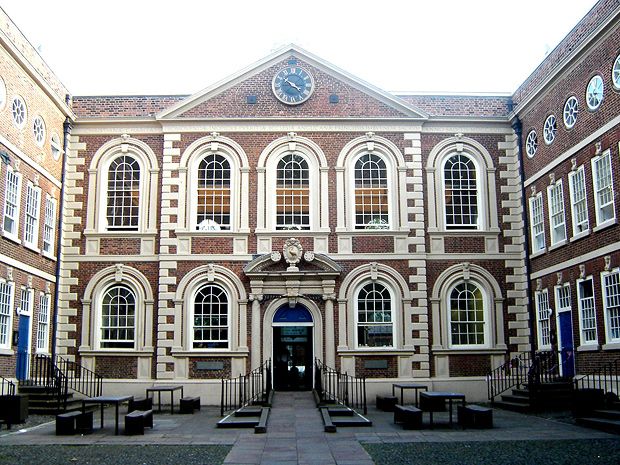 A Grade I listed built in 1716-17, the Bluecoat offers a year-round programme of visual art, literature, music, dance and live art.

Originally a school, Bluecoat Chambers in School Lane, is the oldest surviving building in central Liverpool.

Following the school's move in 1906, the building was used initially by the Sandon Studios Society, an artists collective, then subsequently came the formation of the Bluecoat Society of Arts in 1927. It is widely considered to be the oldest arts centre in the United Kingdom and is now simply called The Bluecoat.

The potter, Julia Carter Preston had a studio in the Bluecoat for many decades.

Looking for events in Liverpool?