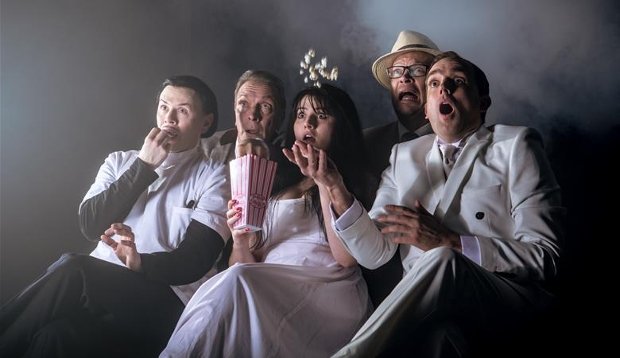 Theatre@41 is a hub of the local theatre scene in York, both for its nurturing approach to supporting community groups and its commitment to making its flexible, accessible space as affordable as possible to companies. The 130-capacity studio theatre offers an eclectic schedule of new writing, revivals and one-off events. Alongside this, the theatre also hosts regular classes and workshops for children, young people and adults.

There are 6 events at this location

Berk's Nest in association with United Agents Anna Mann is back! The acclaimed actress, singer and welder (gotta have a back up) returns after five long years to tell the incredible story of her life in the arts in this, her final hour. Visceral, real and achingly brave, Colin Hoult (After Life, Netflix) presents a…

Berk's Nest in association with Blue Book Management 2019's Best Newcomer nominee and your favourite self-aware stand-up returns with an hour about self-confidence, self-esteem and self-care. It's the year of "the self" and Helen is trying to be the change she wants you to see. As seen on Live at The Apollo and star of…

Lauren Pattison: It Is What It Is

Lauren Pattison / Strip Light Productions Edinburgh Comedy Award Best Newcomer nominee Lauren is back with a brand-new show. She is reluctant to say what it is about because if the last year has taught her anything, it's life can change fast… it is what it is. Let’s just say sometimes you need to fall apart to rebuild…

Avalon The Crowd Show is a comedy/theatre/spoken word show about crowds by award-winning writer, actor and podcaster Rob Auton. The Crowd Show is a show suitable for anybody who wants to be in the crowd for this show. 'A genuine original. Poetical, philosophical, humane, completely charming and funny to boot. (Guardian).

Berk's Nest in association with Avalon Management The sexy baby from Taskmaster is all grown up. Back in 2019 she was a Babybel – round, sweet, pure. Now she's vintage cheddar – extra mature and hiding in your fridge. As seen on Live At The Apollo and literally everywhere else. Hag is her new stand-up show. Deal with it.

Looking for events in York?