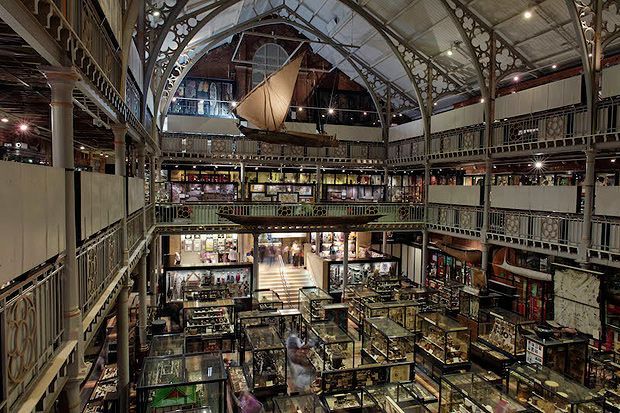 The Pitt Rivers Museum was founded in 1884 after General Pitt Rivers donated his collection to the University of Oxford. Back then, there were 26 000 object, but now the collection stands at more than half a million artefacts. On permanent display are a series of ethnographic and archaeological items, spread across the museum's three floors.

The museum's entrance is through the Oxford University Museum of Natural History of Parks Road. There are no car parks associated with the museum, but there are five nearby: on the A40 at Headington, Redbridge; on Abingdon Road near Kennington; on Pear Tree roundabout, Woodstock Road; Water Eaton on Banbury Road and Seacourt at Botley). There is also a coach park on Oxpens Road.

Looking for events in Oxford?